1) Needs to be a citizen of India
2) Is at least 35 years old or above.
3) is qualified to become a member of the Rajya Sabha. 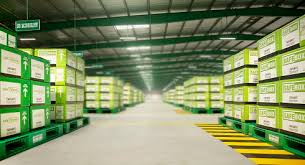