With an aim to create awareness among students about social evils like child marriage, abnormal sex ratio, foeticide and dowry, the district administration and the education department will create ‘Chhatraa’ clubs (girls’ clubs) in different high schools.

The club members will be taught self-defence techniques and given physical training so that they can protect themselves and others from various crimes. They will also take part in essay writing competitions and speeches.

“The headmasters of all the 213 high schools in the district have been told to form ‘Chhatraa’ clubs within a week and start awareness campaigns against the social evils. They have also been directed to interact with the parents and guardians of the schoolgirls by holding frequent meetings.

India provided a $500 million Line of Credit (LoC) to Bangladesh on 5 December.

The funding is for defenCe-related procurement in Bangladesh.

But the eligible goods and services supplied by the seller from India can be reduced from 75% to 65% based on the nature of the procurement and further reduction may be considered on a case-to-case basis.

The move aimed to deepen the corporate bond market and reduce the cost of borrowing in India.

Aberdeen Police station in the Andaman and Nicobar Islands ranks first in the list of the best-performing police stations in the country while dealing with a property offence, a crime against women and weaker sections.

Home Ministry released the list of ten best-performing Police stations in the country.

Balasinor police station in Gujarat secured the second rank while and Ajk Burhanpur in Madhya Pradesh got the 3rd position.

The ranking of top ten Police Stations out of over 15 thousand 500 Police Stations in the country was done through data analysis, direct observation and public feedback.

The Budget Announcements of 2018-19, Ministry of Tourism identified 17 sites in 12 clusters in the country for development as Iconic Tourist Sites 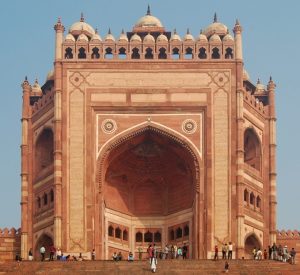