After a prolonged wait, the Centre has finally sanctioned ₹2,828 crore for the repair and strengthening of 11 national highways (NH) passing through 14 districts across the state. Most of the projects come under the special package alloted by Prime Minister Narendra Modi during the 2015 Lok Sabha elections.

Of the total 11 roads, the funds for which were sanctioned by the Centre, the 32-km Sitaharhi-Pupri road does not come under the PM’s special package.

About 90% of the work, envisaging elevation of roads and linking them with NH has been completed.

UNESCO removes Racist, a Belgian carnival, from the heritage list

The United Nations Educational, Scientific and Cultural Organization (UNESCO) removed ‘Racist’ the Belgian carnival from the heritage list. It was removed over the recurring repetition of racist and antisemitic representations as the carnival mocks Jews.

The carnival is celebrated in the Belgian city of Aalst every year. It was initially added to UNESCO’s list of the intangible cultural heritage of humanity in 2010.

The presence of a parade float featuring Orthodox Jews with hooked noses and sitting on gold bags caused outrage in Belgium. There are around 40,000-strong Jewish community living in Belgium.

The outreach programme will take place with stakeholders across the country and with local sellers to facilitate on-boarding of local sellers on the marketplace.

The programme was launched by Commerce Secretary Anup Wadhawan in New Delhi.

The programme will take place till the 17th of February next year and will cover all the States and Union Territories of the country.

GeM has more than 15 lakh products and around 20,000 services, more than 3 lakh registered sellers and service providers and more than 40 thousand government buyer organizations.

India has slipped four places to rank 112th globally in terms of gender gap amid widening disparity in terms of women’s health and survival and economic participation.

While Iceland remains the world’s most gender-neutral country, India has moved down the ladder from its 108th position last year on the World Economic Forum’s Gender Gap Report.

The Chief Minister said, the existing Capital Amaravati could become the “Legislative Capital”, the Port city Visakhapatnam the “Executive Capital” and  the  Kurnool the “Judiciary Capital”.

Meanwhile he also added that a final call would be taken only after the  Expert  Committee constituted to look into the issue submitted its report.

The Centre has decided to extend the mission period of the flagship initiative Atal Mission for Rejuvenation and Urban Transformation (AMRUT) by two more years. The government was unable to meet the set targets for urban renewal in 500 cities.

AMRUT was launched on 25 June 2015 by Prime Minister Narendra Modi. The initiative will complete its mission period in March 2020.

NITI Aayog to include eggs, fish, chicken, and meat in PDS

Niti Aayog Plans to include eggs, fish, chicken, and meat, possibly through its public distribution system. The aim of the proposal is to improve India’s low nutrition ranking at the global level. This is expected to be part of Niti Aayog’s 15-year Vision Document. The document will be in place by early 2020 with effect from 1 April 2020.

NITI Aayog aims to widen the list of food items under the public distribution system and include at least one or more food items.

If it is implemented, these food items will join the food subsidy programme along with wheat, rice, coarse grains and a few varieties of pulses.

The government has launched the National Broadband Mission on 17 December. It was launched by the Union Minister for Communications Shri Ravi Shankar Prasad.
The mission aims to provide broadband access to all villages by 2022.

The mission aims to provide universal and equitable access to broadband services in India, especially in rural and remote areas.

National Broadband Mission:
♦ The mission aims to provide broadband access to all villages by 2022. 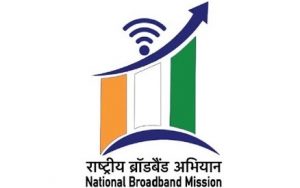 ♦ The mission includes laying of incremental 30 lakhs route km of Optical Fiber Cable (OFC).
♦ It also plan to increase the tower density from 0.42 to 1.0 tower per thousand of the population by 2024.
♦ It will develop innovative implementation models for Right of Way (RoW)
♦ It will work with States/UTs to implement policies to expand the digital infrastructure including for RoW approvals required for laying of Fiber-optic cable.
♦ The mission plans to develop a Broadband Readiness Index (BRI) in order to measure the availability of digital communications infrastructure and a conducive policy ecosystem within a State/UT.