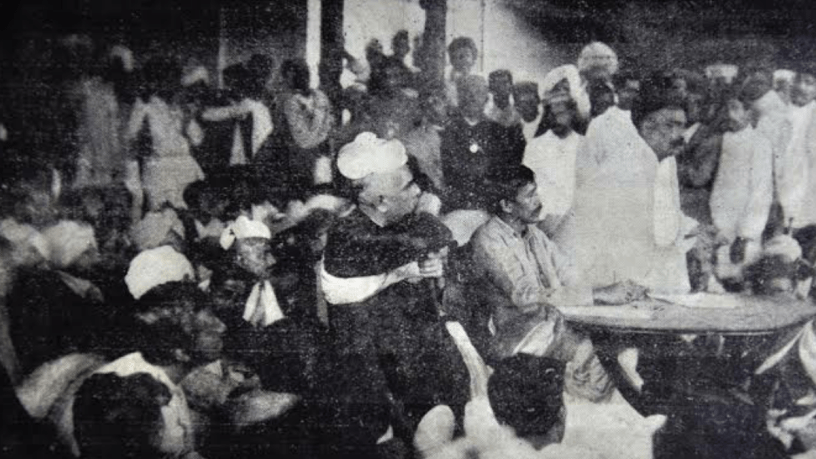 Besides these differences of attitude and emphasis mentioned above, the controversy between the Moderates and the Extremists raged round the personality of Tilak. Both Tilak and Gokhale hailed from Poona. Tilak was militant, as Orientalist who would use any stick to beat the Government with. He wielded a powerful pen and exerted great influence on public opinion through his paper ;, the Mahratta and the Kesari. Gokhale was gentle and soft-spoken. He had wounderful mastery over Indian financial problems, was at his best in the imperial Legislative Council beirig an expert in exposing the hallow claims of the Government. He was Hon’ble Mr. Gokhale (Mahanama Gokhale). He had established at Poona the Servants of lndia Society with a view to training a band of dedicated workers who were expected to give their all to the service of the motherland. The members of the Society had to take an oath of poverty, had to observe strict code of conduct. They were given only a subsistence allowance and had to perform hard duty.

The difference between Gokhale and Tilak may be traced back to an earlier period. There had been intense clash of personalities at Poona from the beginning of the nineties of the last

century. A quarrel ensured between Tilak and G.G. Agarkar although they had been co- workers in the Deccan Education Society. Ultimately Tilak was pushed out of the Society.  Thereafter there had been a constant tussle between the followers of Tilak on the one hand and his opponents on the other. The opponents rallied round Mahadev Govind Ranade and Gokhale, backed in Congress affairs by Pherozeshah Mehta from Bombay. Gokhale enjoyed the support of the Congress establishment. As the Moderates were losing their popularity and the Extremists were capturing the imagination of the country because of the growth of the new spirit, the conflict between the two contending groups in Maharashtra and Poona also became more pronounced.