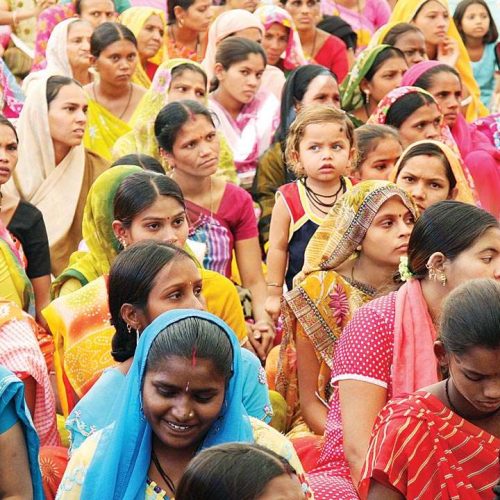 If Prime Minister Narendra Modi’s emphasis in his Independence Day speech on raising the legal age of marriage for women to 21 years is any indicator of the path the task force set up for this purpose is likely to tread, it needs to reconsider the disproportionate impact such legislation would have on marginalised rural communities.

There is enough evidence available with the government that makes a strong case for tackling early marriage by extending the right to free and compulsory education up to the age of 18 years. Before looking at those reports, it is important to understand why raising the minimum age of marriage, a seemingly progressive step, will end up criminalising and exacerbating the existing vulnerabilities of Dalit and Adivasi communities in rural India, instead of empowering its women.

The National Family Health Survey (NFHS-4) data 2015-16 points to certain trends in early marriages: That rural women are likely to marry earlier than their urban counterparts; that the higher up a woman is on the wealth quintile, the later she marries. Most importantly, it establishes a direct causal link between education levels and delayed age of marriage, with the former impacting the latter, not the other way around. Women with 12 years or more of schooling are most likely to marry later.

Marriages in India are governed by various personal laws which set varying minimum ages for girls as also the Prohibition of Child Marriage Act (PCMA), 2006, where it is 18 years for girls and 21 for boys. Under PCMA, any man, above the age of 18 who marries a woman under 18 years, as well as the parents of minors who abet the act can be imprisoned for up to two years. This is compounded by The Protection of Children from Sexual Offences (POCSO) Act, 2012, that increased the age of consent, from 16 years to 18 years.