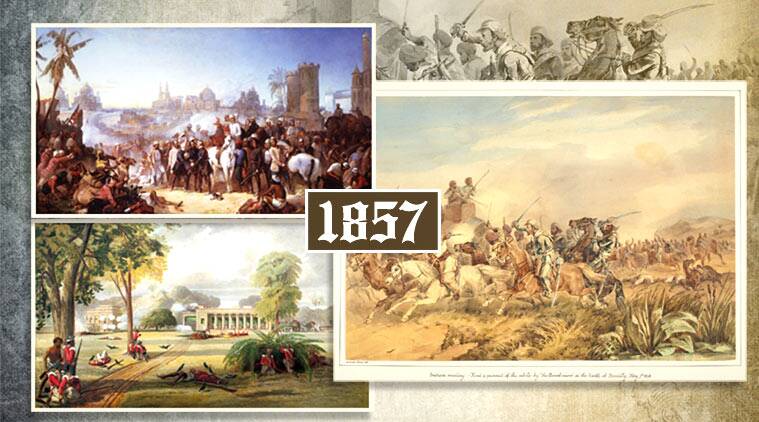 After 1857 the idea of self government for the Indians was completely abandoned. Sir Charles Wood, Secretary of State for India, put forth the view that representative bodies were impractical in India. The British justified their inaction on the grovnd that India was not a nation. They stirred divisions, primarily along religious lines but also used caste and regional identities for this purpose. Hunter’s book Indian Musalmans (1870) while supporting the Muslims, emphasised the distinctiveness and separateness of Muslims and called them a homogeneous community. Lord Dufferin, the Viceroy, described the Muslims in 1888 as “a nation of 50 million” having uniform religious and social customs. Wood in a letter to Lord Elgin, the Viceroy wrote “we have maintained our power by playingoff (up) one part against the other and we must continue to do so”.

Events in India, however, were taking a shape on account of which the government was ultimately forced to take notice of the people’s wishes. The seventies was a decade af increasing disturbances. India experienced some of the worst famines. A.O. Hume in 1872 warned Lord Northbrook of the situation “that we have now between us and destruction nothing but the bayonets”.

Political agitation was gathering momentum during this period. The Indian National Congress which came into existence in 1885 became an important instrument for the articulation of the wishes and aspirations of the Indian and raised it’s yoice in support of a responsible system of government. But the government had no intention of satisfying the aspirations of the Indian people.

When the British were forced to introduce legislation in 1892, it became clear that the government intended to effect no real participation of the Indians in the government. With the national movement gaining ground the British were again forced to adopt a conciliatory move add the Act of 1909 was passed. But the principle of senarate electrorate for the Muslims was introduced in the Act and eight of twenty seven seais were reserved for them. . It was only after Gandhi had emerged on the national scene and the National Movement had become an all-India mass movement that a visible shift in the British attitude took place.