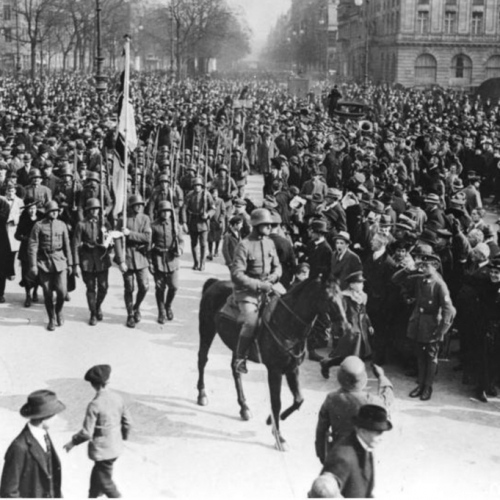 The Weimar Republic lasted less than 15 years before falling to the oncoming storm of Nazism. Countless historians have sought to understand and explain why the Weimar Republic failed. The only certainty is that the answer is complex and many factors were involved.

The Weimar Republic failed because it was at the mercy of many different ideas and forces – political and economic, internal and external, structural and short-term. It is difficult to isolate one or two of these forces or problems as being chiefly responsible for the demise of the Republic.

To the everyday observer, Adolf Hitler and Nazism appear the main architects of the downfall of Weimar democracy – but this required a collapse in the economic order, allowing Hitler and the National Socialists (NSDAP) to emerge from the margins of German politics and become a national force.

Some historians believe the Weimar Republic failed mainly by post-war conditions in Germany. Others suggest longer-term factors, such as Germany’s inexperience with democratic forms of government, were significant. Others still point to failings in the international order, such as Germany’s brutal post-war treatment and isolation by the Allies.