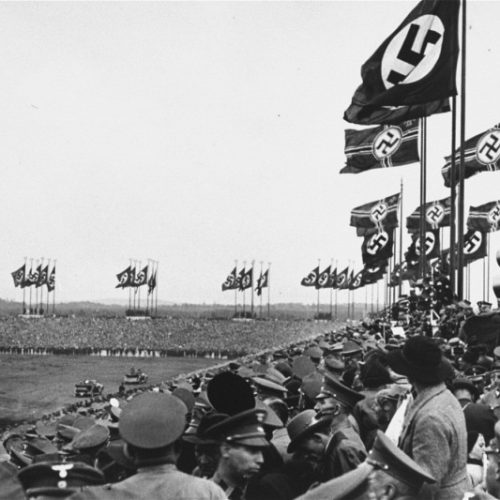 . The causes of the breakdown of collective security were inherent in the First World War and the political and economic arrangements that followed. During the peace negotiations at the end of the First World War, French representatives made sure that their country would remain safe from further German aggression. President Wilson struggled to incorporate into the Paris treaties the peacemaking ideals he had expressed in the fourteen points. The Allied powers concluded the Peace of Paris in June 1919.

The League of Nations assembled for the first time in Geneva without representatives from the US. The American Senate had rejected the treaties that Wilson signed at Paris. This left the League under British and French domination. During most crises, the League usually played little or no role at all. The formation of the League of Nations did not transform the international relations. Totalitarianism in Italy, Germany and Japan had posed a new threat to peace.

Italy under the leadership of Benito Mussolini, had inaugurated the first totalitarian state in 1922. Adolf Hitler became Chancellor of Germany in 1933, improved on the Italian model. Japan borrowed methods and techniques from these European powers. Totalitarianism had developed in those states that had suffered defeat in the First World War. To them democratic processes were too slow for the reforms.