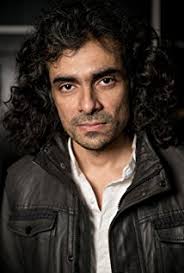 Imtiaz Ali is an Indian film director, actor and writer. In 2005, he made his directorial debut with the film Socha Na Tha. However, it was his second film Jab We Met (2007) that brought him success and fame. His 2009 film Love Aaj Kal gained much critical success, and was declared a super hit at the box office. His movie Rockstar (2011) was also a commercial and critical success. Imtiaz Ali had his origins in Jamshedpur, Jharkhand.He was brought up in Patna and Jamshedpur. He had his early education in Patna- D.B.M.S. English school, Jamshedpur,and later attended University of Delhi in Delhi, where he took part in college theater. He started Ibtida the dramatic society of Hindu College. Thereafter he moved to Mumbai and did a diploma course from Xavier Institute of Communication.

Prakash Jha is an Indian film producer-director-screenwriter, who is most known for his political and socio-political films, Damul (1984), Mrityudand

(1997), Gangaajal 2003 and Apaharan  2005. He is also the maker of National Film Award winning documentaries like, Face After Storm (1984) and Sonal (2002). He now runs a production company, ‘Prakash Jha Productions’
Prakash Jha was born and raised at his family’s farm in Shikarpur Narkatiaganj, West Champaran, Bihar, India. He did his schooling from Sainik School Tilaya, Koderma district and Kendriya Vidyalaya No. 1, Bokaro Steel City (now in Jharkhand)’, and spent his childhood and school education in Bokaro Steel City. Later, he joined Ramjas College, Delhi University to do B.Sc (Hons) in Physics; though he left studies after one year, and decided to go to Bombay and become a painter, though while he was preparing for J.J. School of Arts, he happen to witness the shooting film Dharma and got hooked on to filmmaking. 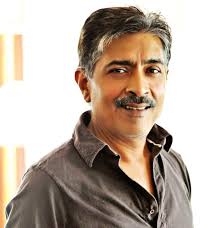 Soon he joined the Film and Television Institute of India (FTII), Pune in 1973, to do a course in Editing, though midway through it, the institution was closed for while, due to student agitation, so he came to Bombay, and started working, and completed the course in 1976.

While still midway through his course, he started working on films independently, in 1974, and made his first documentary, ‘Under the Blue’ in 1975, and continued to do so for next 8 years. During this period he made some highly politically charged documentaries, like the one of ‘Bihar Sharif riots’, titled, Faces After Storm (1984), which received considerable attention, as it was banned within 4–5 days of its released though later it won the National Film Award for Best Non-Feature Film for the year.

Finally, he made his debut, as a feature film director, Hip Hip Hurray in 1983, scripted by Gulzar and starring, Raj Kiran and Deepti Naval as leads. Next came, the film he received most recognition with, Damul (1984), which won the National Film Award for Best Film and the Filmfare Critics Award for Best Movie in 1985. The film was based on the bonded labour issue in Bihar.

In 1986, he directed, Parinati, based on the story by Vijaydan Detha. Starting late 1980s, he made four TV series, like a 13 part Classical dances from India, and the famous comedy series Mungerilal Ke Haseen Sapne, starring Raghuvir Yadav.

In 1989, he took a sabbatical from films, and moved to Bihar for four years, during period he formed two organizations, Anubhooti, which trained young people from region, in film making, and Samvedan, in Champaran, to promote small and micro industries.

His first come back film in his second inning, was Bandish (1996), starring Jackie Shroff and Juhi Chawala, which followed by Mrityudand (1997), starring Madhuri Dixit and Shabana Azmi in lead roles and a story set in his homestate Bihar, and Gangaajal, with Ajay Devgan, this movie was a brain child of Mr. Mahendra Lalka (Retd. IPS), was yet again themed on Bihar, this time on 1980 Bhagalpur blindings.

His 2005, Apaharan, starring Ajay Devgan and Bipasha Basu, based on the growing kidnapping industry in Hindi heartland, won him , the Filmfare Best Dialogue Award in 2006.

Over the years he has made over 25 documentaries, nine feature films, two television features and three television series. Many of his films are concerned with highlighting social evil.

Presently, he is making film, Rajneeti, which is a contemporary take on the epic, Mahabharat, starring Ajay Devgan, Manoj Bajpai, Naseeruddin Shah, Katrina Kaif, Arjun Rampal, Nana Patekar and Ranbir Kapoor. The film’s global premieres will be used to raise funds for the NGO Anubhooti in order to build a multi-functional hospital in Bihar that will provide competent health care for the poor public of Bihar, Nepal, and its neighbouring states at a subsidized cost.

Jha makes his debut as a producer in Kolkata with an adaptation of his National Film Award winning 2003 Hindi film Gangaajal he made this film by being very jalous of Sadhu Yadav,who is a Royal politician of that area.

The Bengali adaptation of the story and screenplay is being written by Ranjan Ghosh who made his scriptwriting debut with Aparna Sen’s 2010 Bengali film Iti Mrinalini. The yet untitled film is supposed to be a comment on contemporary Bengal politics with the 1980 Bhagalpur blindings as the backdrop.

His elder brother of Dr. Praveen Jha is a renowned professor of Economics at the much renowned centre for economic studies and planning and author of many books and articles. Prakash Jha fought and lost election to the Lok Sabha from his native Champaran in 2004. He again lost election to the Lok Sabha in 2009 as Lok Janashakti Party candidate from West Champaran. He was married to film actress, Deepti Naval.

Sushant Singh Rajput is an Indian film and television actor.[2] He started his career with television serials, including an award-winning performance in the soap opera Pavitra Rishta (2009–2011) and as a participant in two dance reality shows. He then entered films with a role as one of the three male leads in the drama Kai Po Che! (2013), for which he received critical acclaim as well as three Best Male Debut awards. His other notable films since then have been as male lead of the romantic comedy Shuddh Desi Romance (2014) and as the titular detective in the thriller Detective Byomkesh Bakshy! (2015). In 2016, Rajput appeared in Sports drama M.S. Dhoni: The Untold Story, in which he essayed the role of Indian cricketer Mahendra Singh Dhoni, the film was a commercial success[3][4] and earned him critical acclaim.

Manoj Bajpayee (born 23 April 1969), also credited as Manoj Bajpai, is an Indian film actor who predominantly works in Hindi cinema and has also done Telugu and Tamil language films. He is the recipient of two National Film Awards and four Filmfare Awards.

Born in Belwa, a small village in Narkatiaganj, Bihar, Bajpayee aspired to become an actor since childhood. He relocated to Delhi at the age of seventeen, and applied for the National School of Drama, only to be rejected four times. He continued to do theatre while studying in college. Bajpayee made his feature film debut with a one-minute role in Drohkaal (1994), and a minor role of a dacoit in Shekhar Kapur’s Bandit Queen (1994). After a few unnoticed roles, he played the gangster Bhiku Mhatre in Ram Gopal Varma’s 1998 crime drama Satya, which proved to be a breakthrough. Bajpayee received the National Film Award for Best Supporting Actor and Filmfare Critics Award for Best Actor for the film. He then acted in films such as Kaun (1999) and Shool (1999). For the latter, he won his second Filmfare Critics Award for Best Actor. Bajpayee further played the role of a prince with two wives in Zubeidaa (2001), a serial killer in Aks (2001) and a hitchhiker-turned-psychopath killer in Road (2002).

Bajpayee won the Special Jury National Award for Pinjar (2003). This was followed by a series of brief, unnoticed roles in films that failed to propel his career forward. He then played a greedy politician in the political thriller Raajneeti (2010), which was well received. In 2012, Bajpayee essayed the role of Sardar Khan in Gangs of Wasseypur. His next roles were of a naxalite in Chakravyuh (2012), and a CBI officer in Special 26 (2013). In 2016, he portrayed professor Ramchandra Siras, in Hansal Mehta’s biographical drama Aligarh, for which he won his third Filmfare Critics Award for Best Actor.

Sanjay Mishra (born 6 October 1962) is an Indian film actor known for his works predominantly in Hindi cinema and television. An alumnus of National School of Drama, he made his acting debut in the 1995 film Oh Darling! Yeh Hai India!. Later films include Rajkumar (1996) and Satya (1998). He also appeared as Apple Singh, an “icon” used by ESPN Star Sports during the 1999 Cricket World Cup. In 2015, he received the Filmfare Critics Award for Best Actor for his performance in Ankhon Dekhi.