An acid is a substance which forms H+ ions as the only positive ion in aqueous solution. 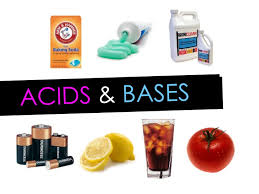 So just containing hydrogen doesn’t make something an Arrhenius acid.

An alkali is a substance which forms OH- ions as the only negative ion in aqueous solution. A base is an insoluble hydroxide.

Ethanol CH3CH2OH does not form OH– ions when dissolved in water, so it isn’t a base.
Ethanol just dissolves. Strictly speaking, ethanol actually forms a tiny amount of H+ ions in water and is a very weak acid.

A measure of the degree of the acidity or the alkalinity of a solution as measured on a scale (pH scale) of 0 to 14. The midpoint of 7.0 on the pH scale represents neutrality, i.e., a “neutral” solution is neither acid nor alkaline. Numbers below 7.0 indicate acidity; numbers greater than 7.0 indicate alkalinity. It is important to understand that pH is a measure of intensity, and not capacity; i.e., pH indicates the intensity of alkalinity in the same way temperature tells how hot something is, but not how much heat the substance carries.

The pH scale is logarithmic which means that moving on (unit either way on the pH scale results in a 10 fold increase in the degree of alkalinity or acidity.

Products at the two extremes (less than pH 1 or greater than pH 13) are extremely oppressive and corrosive. Examples include sulfuric and hydrochloric acid on the acid end, and caustic soda on the alkaline end. Use solutions of phosphoric or sulfamic acid cleaners, typically in the pH range of slightly less than 2, may be described as “safe” acids comparison to the stronger acids. Of course, necessary safety precautions (eye and hand protection) as noted on the Material Safety Data Sheet should always be followed.

As an illustration of their non-aggressive behavior in comparison to stronger acids, products containing sulfamic or phosphoric acid were found to result in no chemical attacks on nylon carpets. On the other hand, a hydrochloric or powder acid-based product would basically dissolve the fibers.

Other than the two pH extremes, the pH scale becomes secondary to the inherent properties of the specific chemical in terms of corrosiveness. As an example, the pH of carbonated cola soda (which contains phosphoric acid) is in the 2.5 range. A concentrated (35%) hydrogen peroxide solution has a pH of approximately 3.5. Carbonated cola soda may be slightly irritating to the eyes, causing no permanent damage. However, a 35% hydrogen peroxide solution will cause chemical burns to the skin or mucous membranes. Thus, it is not the pH factor alone that causes corrosion of products to surfaces.