The major health and demographic indicators of the State like infant mortality rate (IMR), maternal mortality ratio (MMR), total fertility rate (TFR), etc. are much higher than the all-India level and reflect a poor health status in the State. The Human Development Index (HDI), a composite of literacy, life expectancy and per capita income, has increased for Bihar like the rest of India. But the State still lags at 0.367 compared to the Indian average of 0.472. Amongst the major States, the HDI of Bihar has been the lowest for the last three decades. In view of the large population size, high poverty ratio, and high decadal growth indices in the State, Bihar is one of the States covered by the National Rural Health Mission. 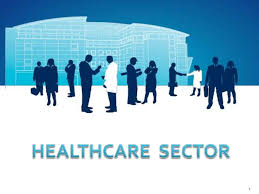 Based on the indicators primarily related to primary health care infrastructure and reproductive and child health care, the State ranks 35th in the country. On a similar basis, the districts in Bihar have also been ranked . Amongst the districts which are lagging behind in the State are-Seohar, Samastipur, Kishangaj, Jahanabad, Nalanda, Khagaria, Araria, Sitamarhi, and Pashchim Champaran.

The MMR in Bihar is 371 per 100,000 live births, which is fourth highest in the country. The high level of MMR can be attributed to low level of institutional / supervised deliveries, high level of anaemia among women, and low level of full ante-natal coverage etc.

The coverage under routine immunization and pulse polio is also very low as compared to the national figure. As per 2001 census, full immunization in the State was only 11% against the national average of 54%. As a result, a large number of cases of vaccine preventable diseases are still reported in the State. Under-nutrition among children and women is also much higher than the national level with 54.4% children being underweight and 81% anaemic. The percentage of women with chronic energy deficiency (39.3%) is also higher than the national figure of 35.8%.

However, the recent National Family Health Survey (NFHS-3, 2005-06) indicates some improvement since NFHS-2(1998-99). It has shown increase in: immunization coverage from 12% to 33%; contraceptive use from 24% to 34%; institutional deliveries from 15% to 22%; and the proportion of women who have heard of AIDS from 11% to 35%. But the figures are still far off from the national averages. Malnutrition continues to be very high. In fact, malnutrition among children has increased from 54% to 58%. Number of children showing wasting (weight for age) has gone up by 8%. Anaemia has gone up from 81% to 88% amongst children of 6-35 months and from 46% to 60% amongst pregnant women.

reflected a drastic decline in the share of public health facilities in treatment of non-hospitalized ailments in both rural and urban areas. In rural areas, the share declined from 13%  to 5% . In urban areas, it declined from 33% to 11% during the corresponding period. The survey also showed that the number of hospitalized cases treated (per 1000) in public hospitals in rural areas is only 144 as compared to all-India average of 417. In urban areas, the figure is 215 as compared to all-India average of 382.

At the end of one year of implementation of the NRHM, based on a survey conducted in 17 districts of the State, the Centre for Health and Social Justice reported that half the Anganwadis Workers (AWW) had not heard about the NRHM. Most of the Auxiliary Nurse Midwives (ANMs) and AWWs felt that ASHA was meant to assist them in immunization and listing of pregnant women. A few districts did not even receive the money to disburse as untied fund and District Action Plans had not been prepared. Neither the women got any money under the Janani Evam Bal Suraksha Yojana, nor did the ones who were sterilized know about the family planning insurance schemes. However, now the official figures at the end of second year of NRHM reflect a better picture.

The State has 11 Ayurvedic, 5 Unani and, 11 Homoeopathic hospitals. It also has 311 Ayurvedic, 143 Unani and, 179 homoeopathic dispensaries (Department. of AYUSH, Ministry of Health & Family Welfare). By placing AYUSH practitioners in the PHCs along side the MBBS doctors, it will be possible to mainstream this system into the general health care system and also enable the patients to avail the care in the system or their choice. Training and reorientation of AYUSH practitioners in Family Welfare and National disease Control Programmes will help in improving the coverage under these programmes.

The important Issues concerning Health in Bihar are:

(ii) Substantial gaps in essential requirements in terms of manpower, equipment, drugs and consumables in the primary health care institutions.

(x) High level of malnutrition among children of age 0-6 years (55.9% children are moderately and 24.5% are severely malnourished).