Located in India’s eastern part, Bihar, the third largest state in the country in terms of population and 12thlargest in area, is surrounded by Nepal in the north, West Bengal in the east, Uttar Pradesh in the west and Jharkhand in the south. The state enjoys a great geographical advantage by virtue of its proximity to big markets in eastern and northern India, access to ports such as Kolkata and Haldia, raw material sources and mineral reserves in the neighbouring states, and has close proximity to South-East Asian markets too.

Bihar is one of the strongest states in agriculture which provide employment and livelihood to about 80% of its people. It is the largest producer of vegetables and the second largest producer of fruits in India. Food processing, dairy, sugar, manufacturing and healthcare are among the fast growing industries in the state.

Bihar has planned initiatives for the development of other sectors such as education and tourism and also provides incentives for information technology and renewable energy. Large scale infrastructure development, such as roads and bridges and a large base of low-cost industrial labour, make Bihar a potential investment destination for a wide range of industries. 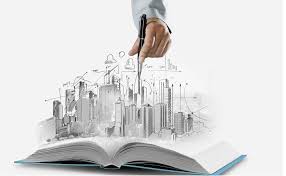 LARGE SCALE INDUSTRIES IN THE STATE

Bifurcation of the state on November 15, 2000 had left the present Bihar with very few large scale industries. However, the introduction of a new Industrial Policy in 2006 and its revision in 2011 resulted in increased investments in the state. In 2011-12, there were in all 12 large scale industrial establishments, which increased to 16 in 2012-13. The Bihar Investment Promotion Board approved 3 more large scale units in 2013-14 and 2 more in 2014-15, promoted by local entrepreneurs.

Micro, Small and Medium Enterprises (MSME) sector has emerged as a highly vibrant and dynamic sector of the Indian economy. This sector not only plays a crucial role in providing large scale employment opportunities at a comparatively lower capital cost, it also helps in industrialization of rural and backward areas. The inclusiveness of the sector is also underlined by the fact that nearly 50 percent of the MSMEs are owned by the disadvantaged groups of society. In order to strengthen this sector, the Government of India has taken several policy initiatives in recent years.

In India, the agro-based industries, particularly the food processing ones, are considered as sunrise industry on account of its huge potential for uplifting agricultural economy through the establishment of more food processing units, creation of food chain facilities, employment generation and export earnings. In terms of the production of fruits and vegetables, Bihar happens to be the seventh largest state in the country and, consequently, has relatively better opportunities for agro based industries. Bihar offers enormous opportunities for investment in the food processing sector.

Besides food processing, the beverages, tobacco, etc. cover a large number of products, with high net value addition and employment potential. The tea and dairy industries have also started expanding in the state. Bihar grows a variety of fruits and vegetables in huge quantities. The total area under fruits in the state in 2013-14 was 290 thousand hectares and, under vegetables, it was 778 thousand hectares. The Fruits like banana, mango, guava and litchi are important in the state in terms of production. The floriculture has also started in the state on commercial basis, covering an area of 793 hectares, the total production being 8831 tonnes in 2013-14.

Sugar industry is an important component of agro-based industry in the state, providing employment directly in the producing units and indirectly through its ancillaries and various related activities. Bihar has a great potential for sugar and allied industries. The total cultivable land in the state is around 53 lakh hectares, of which almost 3 lakh hectares is under sugarcane. In view of its widespread cultivation, the government has decided to promote the sugarcane industries, which will also strengthen the rural economy of the state. For the benefit of sugar mills, various concessions and rebates have been provisioned by the state government, which include reduction in VAT on ethanol and denatured spirit from 12.5 to 4.0 percent, and abolition of literage fees on ethanol and liquor. Out of 28 old sugar mills in the state, 18 are sick and closed and only 10 are working, all in the private sector. There are 2 new sugar mills under Bihar State Sugar Corporation, which were handed out to HPCL in 2011 on lease.

Traditionally, the animal husbandry in Bihar is undertaken primarily to meet the household need for milk. But at present, the dairy is viewed as an industry. The Bihar State Milk Cooperative Federation (COMFED), established in 1983, has played a pivotal role in the development of dairy sector in the state. It is the implementing agency of Operation Flood programme in the state, and has worked towards promoting the White Revolution. It has also contributed towards developing the rural areas through enhancing the income level of households, particularly of the small and marginal farmers. For the establishment of the milk cooperatives, COMFED adopted the pattern of Anand in Gujarat. This is a three-tier pattern, under which there is milk producers’ cooperative society at the village level, milk union at the district level, and milk federation at the state level. During 2013- 14, COMFED has proceeded a step ahead and reached the 7th position among the milk federations in the country. A Road Map for the dairy development in the state (2012-17) has been prepared and, in order to achieve the targets fixed, the capacity of the milk plants has been enhanced. As a result, COMFED in March 2014 achieved the maximum milk collection of 20.61 lakh litres in a day and processed it successfully.

The handloom sector in the state has witnessed a gradual decline in recent decades. Despite various schemes of the state government, the production in handloom sector is continuously declining. However, the fact remains that more than 1.32 lakh weavers are completely dependent on this sector for their livelihood. There are 1089 primary handloom weavers societies in the state, with nearly 34 thousand handlooms operating under them. There are two apex-level marketing organisations, viz., Bihar State Handloom Cooperative Union, Patna and Bihar State Wool and Sheep Union, Patna. There is One Corporation— Bihar State Handloom and Handicraft Corporation— with 6 Regional Handloom Unions located in Nalanda, Sitamarhi, Siwan, Madhubani, Purnea and Bhagalpur.

There are 11,000 power looms in the state, concentrated mainly in Bhagalpur, Gaya and Banka districts and their main products are staple chadar, furnishing clothes, etc. There is a training centre at Nathnagar (Bhagalpur), run by the Ministry of Textiles, Government of India, where 120 powerloom weavers are trained each year.

Bihar possesses a great potential for sericulture. In order to provide employment in the rural areas, the Chief Minister Tassar Development scheme was started in 2012-13. Under this, a sum of Rs. 170.90 crore has been approved under State Plan for Tassar Area Development in the districts of Banka, Munger, Nawada, Kaimur, Jamui and Gaya, and some water-logged areas in north Bihar where plantation of Arjun and Asan tees is feasible. The scheme will be completed during the Twelfth Plan period.

Industries Bihar is rich in bovine population, accounting for around 8 percent of the country’s total bovine population. Again, the goat population in Bihar accounts for nearly 12.1 percent of the country’s total goat population, ranked third in the country, next only to West Bengal and Rajasthan. Buffalo and sheep account for 4.2 and 1.9 percent, respectively, of the country’s total population of those animals. According to a recent survey conducted by Central Leather Research Institute (CLRI), Chennai, Bihar annually produces 2.64 million bovine hides and 5.09 million bovine skins. The state is known for best quality goat skins, cow hides and buffalo’s calf skins. Goat skins are smaller in size and the best material for the production of glazed kid leather products, which are mostly exported. There are seven main markets for hides and skins in the state — Patna, Ara, Aurangabad, Munger, Muzaffarpur, Katihar (Pabai) and Purnea.

The Khadi and Village Industries Commission (KVIC) is a statutory organisation under the Ministry of MSME as the single national nodal agency for the sector. At the state level, the KVIC functions through State KVIC Directorates and State KVI Boards. Its activities include skill development, transfer of technology, research and development, marketing, etc. and it helps in generating employment/self-employment opportunities in rural areas. In case of village industries, KVIC is implementing the Prime Minister’s Employment Generation Programme (PMEGP). As a nodal agency, KVIC also implements cluster development activities for traditional products of khadi and village industries, under the Scheme of Fund for Regeneration of Traditional Industries (SFRTI).