Bihar is located in the eastern part of India. The state enjoys a specific advantage because of its proximity to the vast markets of eastern and northern India, access to ports such as Kolkata and Haldia and to raw material resources and mineral reserves from the neighbouring states.

Economy of Bihar is mainly agricultural

as around 80 per cent of people engaged in this this sector, which is much higher than the national average. 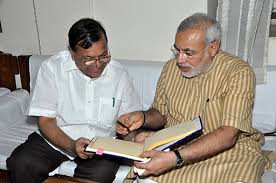 Food processing, dairy, sugar, manufacturing and healthcare are some of the fast growing industries in the state.

The state has planned initiatives for the development of other sectors such as education and tourism and also provides incentives for information technology and renewable energy.

Unique location of the state helps in the growth and development of the economy  because of its proximity to the vast markets of eastern and northern India, access to ports such as Kolkata and Haldia and to raw material sources and mineral reserves from the neighboring states. The state has a large base of cost effective industrial labor, making it an ideal destination for a wide range of industries.

Textile & Leather Industry: Central Government has allocated a sum US$ 1.53 million during FY 2015-16, for the development of five common facility centres (CFCs) under the Jute Common Facility Centres (CFCs) scheme for product development, training, market development, etc. These CFCs are sanctioned at five locations, with 2 locations situated in West Bengal, 2 locations in Assam and 1 location in Bihar.

Tourism: Under the Prasad Scheme, for the promotion of Patna Sahib, the government sanctioned US$ 6.34 million during 2015-16. The government has also released US$ 1.26 million for the improvement of basic facilities in Gaya’s Vishnupad temple.

The government has approved Rs 4,918 crore (US$ 720 million) highway project for widening of National Highways in Bihar to augment the state’s infrastructure.

Bihar has agreed to join Ujwal Discom Assurance Yojana (UDAY) which has been launched to improve financial and operational efficiencies of power distribution companies.

Indian Railways has issued a Letter of Award (LoA) to US-based General Electric (GE) for a Rs 14,656 crore (US$ 2.2 billion) diesel locomotive factory project at Marhowra, and to French transport major Alstom for Rs 20,000 crore (US$ 3 billion) electric locomotive project in Madhepura, both in the state of Bihar.

The Government of Bihar has approved 224 food processing projects in FY 2015.

In 2015, the central government approved an FDI project worth US$ 396.03 million for manufacturing world class diesel and electric locomotive factories in Bihar.

Under Jawaharlal Nehru National Urban Renewal Mission (JNNURM), eight projects costing US$ 118.08 million have been sanctioned for urban centres such as Patna and Bodh Gaya. The key areas of development are solid-waste management system, water supply and sewage.

Construction work of 2,232 km national highways through the state funds, 2,104 km state highways under National Development Scheme and 251 km roads under the state plan was completed during 2015-16.

The Bihar government is preparing a 20-year master plan for promotion and development of tourism in the state.

Bihar Industrial Incentive Policy 2011 To promote balanced industrial development and enable industries to contribute towards the social and economic development of the state.

The industrial sector in Bihar is small, both in terms of number of industries operating here as well as size of the individual industrial units . The share of Bihar in the total number of industries in India is only 1.52 percent, while its share in national population is more than 8 percent. As regards the size of operational industries, it is again smaller than the national average, as indicated by their capital base, employment base and value of output. The size of fixed capital of all the industries in Bihar (Rs. 8.04 thousand crore) is only 0.34 percent of the all-India figure (Rs. 2373.72 thousand crore).

Economy of Bihar is mainly agricultural and so the agro based industries flourishing in the state. The cultivators in Bihar produce a variety crops, besides food grains, thanks to the wide biodiversity of the state. These crops include oilseeds, fibres, fruits, vegetables, sugarcane and tea. In addition, Bihar also produces a substantial amount of milk. Thus Bihar offers enormous opportunities for agro-based industries.

To improve the agro based industries following implementations have been done.

(i) Integrated Development Project : Under this project, the ongoing subsidy for cluster scheme is payable at 40 percent and, for individual units, it is 35 percent. The project provides the following facilities:

For the capacity expansion under the cluster scheme, the maximum subsidy amount payable is Rs. 10 crore and, for individual unit, it is Rs. 5 crore. For the scheduled castes / scheduled tribes / women / handicapped entrepreneurs, an additional 5 percent subsidy is payable.

(ii) Food Park Scheme : The establishment of a Food Park at Buxar has been approved. In 2013-14, a sum of Rs. 30 crore was approved for subsidy payment.

(iv) Cold Storage Scheme : The cold storage with a capacity of 5-10 thousand tonnes is paid a subsidy of 30 percent on the capital expenditure.

(v) Scheme for Silo for Maize Storage : Under this scheme, the benefit of subsidy will be given for establishment of silos for the storage of maize. The construction of silo with a storage target of 5 thousand tonnes of maize will be considered as one unit and a subsidy of 35 percent will be payable on this.

At present, there are more than 32 thousand weavers in Bihar who are completely dependent on this sector for their livelihood. There are 1089 primary handloom weaver cooperative societies, with nearly 15 thousand handloom operating under them. The majority of the weavers operate outside the cooperative fold. There are 2 apex level marketing organizations — Bihar State Handloom Cooperative Union and Bihar State Wool and Sheep Union. In addition, there are 6 Regional Handloom Unions, located in Nalanda, Sitamarhi, Siwan, Madhubani, Purnea and Bhagalpur.

The powerlooms in Bihar are mainly concentrated in Bhagalpur, Banka and Gaya. There are about 14,000 powerlooms which produce staple chadar, furnishing clothes, etc. The training centre at Nathnagar (Bhagalpur), run by the Ministry of Textiles of the central government, provides training to 120 powerloom weavers each year.

A Jute Park has been established in Maranga (Purnea) with an investment of Rs. 42.36 crore, under the Public-Private-Partnership (PPP) mode. The state government has provided 44.30 acres of land as equity and Rs. 2.00 crore as a grant. In this park, two private units are already functional. They are producing jute yarn, jute twin, jute cloths and other products. It has created direct employment for about 500 people and indirect employment for about 800 people.

Bihar has substantial potential for leather industries, as its share in country’s total animal population is sizeable — cow (8.0 percent), goat (12.1 percent), buffalo (4.2 percent) and sheep (1.9 percent). According a survey, conducted by the Central Leather Research Institute (CLRI),  144 Chennai, Bihar annually produces 2.64 million bovine hides and 5.09 million bovine skins. The state is known for best quality goat skins, cow hides, buffalo skins and calf skins. The goat skins are generally smaller in size, but it is the best material for glazed leather products which are mostly exported.

Geologically, Bihar is located in the Gangetic plains and, as such, the mining and quarrying sector in the state is very small. As mentioned in Chapter I, the Gross State Domestic Product (GSDP) of this sector was only Rs. 685 crore in 2015-16 at current prices, just 1.7 percent of total GSDP of the state. However, thanks to the presence of some minor minerals, the state government receives modest amount of revenues from the sector, as indicated in Table 4.23. During 2015-16, the revenues was Rs. 971.00 crore, an increase of 13.0 percent over previous year’s revenue of Rs. 859.35 crore.

The potential for tourism in Bihar is very substantial because of its rich historical heritage. A number of historical, archeological and religious sites in Bihar attract equally both domestic and foreign tourists. The Department of Tourism of the state government has identified the following 8 tourism circuits in Bihar — Buddhist Circuit, Jain Circuit, Ramayana Circuit, Shiv Shakti Circuit, Sufi Circuit, Sikh Circuit, Gandhi Circuit and Nature/ Wildlife Circuit. Under the new Industrial Investment Promotion Policy, 2016 of the state, tourism has been identified as one of the 10 priority sectors.

The state government is making all endeavors to provide necessary information, basic facilities and security to all tourists. Table 4.25 presents the data on number of tourists in Bihar during the last five years, both domestic and foreign. In 2015, there were 28.95 lakh tourists in Bihar, of which 923 thousand were foreign tourists. Although the number of foreign tourists visiting Bihar has remained nearly same over the years, the trend for domestic tourists is very positive. Between 2011 and 2015, the number of domestic tourists has increased by more than 50 percent.