The economic liberalization in India , initiated in 1991, with principles of Liberalization , Privatization and Globalization (LPG) of the country’s economic policies, with the goal of making the economy more market and service-oriented and expanding the role of private and foreign investment. Specific changes include a reduction in import tariffs, deregulation of markets, reduction of taxes, and greater foreign investment. Liberalization has been credited by its proponents for the high economic growth recorded by the country in the 1990s and 2000s. And it has positive impact on the state of Bihar as can be visibly seen from various sectors.

Economic reforms have huge  impact on the economy of the country and it is also true for the states. Even the poor states like Bihar  has great impact that can be seen visibly. As Bihar  is on the path of development. One can see the development in every sector of the state .Being the agriculture, industry ,. infrastructure , health , education etc. Bihar  provides an excellent  example of inclusive growth and development.

Bihar  has abundant water resources and receives moderate rainfall as it receives an average of 995 mm. of rainfall each year. The annual rainfall is reasonably adequate for the state’s agricultural operations. However there is year-to-year variation in rainfall which tends to create flood or draught-like situations in the state.

Production and utilization of N,P,K fertilizers have increased and helps in increasing the productivity of various crops. State government is moving towards production of bio-fertilizer rather than  chemical fertilizers used previously.. The vermi compost production has been made demand based, with a provision of 50 percent subsidy. The state government has also sanctioned additional subsidy for the purchase of vermi compost from 2011-12. During 2014-15, a total of about Rs. 160 crore was spent on promoting organic farming.

Secondary and Tertiary sector provides great impetus to the economy .The growth of an economy is largely dependent on the growth of its enterprises sector which includes both secondary (industrial) and tertiary (services) activities. This is because, with increase in income, the demand for non-agricultural goods and services keeps on growing. The overall Bihar economy has grown at 7.6 percent, the secondary sector has grown at 8.4 percent and the tertiary sector has recorded an even higher growth rate of 10.4 percent.

The sugarcane is grown in about 3 lakh hectares in Bihar, approximately 6 percent of the total area under cultivation. At present, 9 sugar mills are operating in the state in the private sector.

There were 19.5 thousand milk cooperative societies in 2015-16, compared to 18.4 thousand societies a year ago. It implies an annual growth of 6.0 percent.

The state government has prepared a new policy document ‘Industrial Investment Promotion Policy’ in 2016. This policy aims to achieve an annual growth rate of 15 percent for the industrial sector, so that its contribution to the GSDP can gradually reach to about 25 percent.

To achieve the goal , the main strategy of this policy is to focus on

Tourism also plays very important part in the economy of Bihar. The potential for tourism in Bihar is very substantial because of its rich historical heritage. In 2015, there were 28.95 lakh tourists in Bihar, of which 923 thousand were foreign tourists. Although the number of foreign tourists visiting Bihar has remained nearly same  over the years, the trend for domestic tourists is very positive. Between 2011 and 2015, the number of domestic tourists has increased by more than 50 percent.

Tax Revenue: Sales Tax is expected to be the largest component (76%) of the tax revenue, with an estimated collection of Rs 24,400 crore.

Sales Tax collections are expected to increase by 74% over the revised estimates of 2016-17. GST has been introduced in July 2017. It will subsume taxes such as Sales Tax and Entertainment Tax (unless levied by local bodies).It will be game changer for the economy of the Bihar.

Some of the reasons behind estimating a higher tax collection may be an increase in compliance, or higher tax rates. As Bihar is a consuming state, so state will receive higher tax which is beneficial to the state.

Rs 4,600 crore is expected to be generated from the levy of Stamp Duty. In addition, Rs 3,001 crore will be collected by levying taxes on vehicles and duty on electricity, among others.

GST, will replace multiple state and central taxes to create one national market and single tax in the country. This bill seeks to subsume all central indirect levies like excise duty, countervailing duty and service tax and also state taxes such as value added tax, entry tax and luxury tax, to create a single, pan-India market. 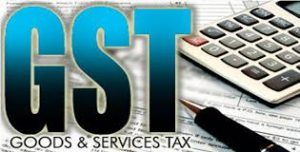 Non Tax Revenue: Bihar has estimated to generate Rs 2,875 crore through non-tax sources in 2017-18. This includes Rs 1,350 crore through mining and metallurgical industries.

No new changes in the existing tax rates have been announced in this budget.

The Fiscal Responsibility and Budget Management (FRBM) Act, 2006 of the state provides annual targets to progressively reduce the outstanding liabilities, revenue deficit and fiscal deficit of the state government.

Revenue deficit: It is the excess of revenue expenditure over revenue receipts. A revenue deficit implies that the government needs to borrow in order to finance its expenses which do not create capital assets. However, the budget estimates a revenue surplus of Rs 14,556 crore (or 2.3 % of GSDP) in 2017-18. This implies that revenue receipts are expected to be higher than the revenue expenditure, resulting in a surplus. The estimate indicates that the state is meeting the target of eliminating revenue deficit, as prescribed by the 14th Finance Commission.

Fiscal deficit: It is the excess of total expenditure over total receipts. This gap is filled by borrowings by the government, and leads to an increase in total liabilities of the government. A high fiscal deficit may imply a higher repayment obligation for the state in the future. In 2017-18, fiscal deficit is estimated to be Rs 18,112 crore, which is 2.9% of the GSDP. This is within the limit prescribed by the 14th Finance Commission.

Outstanding Liabilities: It is the accumulation of borrowings over the years. In 2017-18, the outstanding liabilities are expected at 19.78% of GSDP.